We're on Your Team

Our facility features a team of trainers whose experience is matched only by their dedication to the client. They take the time to get to know you personally, gaining a deep understanding of your goals and any unique challenges you might face. With the guidance from one of our professional trainers, a new level of fitness is within your reach. 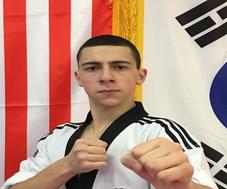 Master Daniel first started Tae Kwon Do at Tiger Twins nine years ago when he was seven. Since then he hasn’t looked back.
He got his first Dan degree black belt two years later after non-stop training, and he got his Third Dan Degree black belt when he was thirteen. At that time, Grandmaster Simon approached him to begin assisting classes with the other Masters and Instructors. After input from the other Masters and Instructors, and years of teaching classes, he fully became a Master at 17.

From a white belt to the Master he is today, Master Daniel could not have done it without the great Masters and Instructors that guided him along the way. Grandmaster Simon, Master Bob, Master Jaevon, and Master P Jay all have helped him along the way, and are still guiding and teaching him in many ways.

“Tiger Twins has taught me more than just Taekwondo, it has taught me a new way of life; it has turned me into a better person as a whole. Being a Master means so much to me and I want to thank everyone who has helped me along this journey.  I could not imagine myself anywhere but Tiger Twins, and I wish to continue this amazing journey for many years to come."

Master Alden began Tae Kwon Do when he was 5 years old. After growing up with martial arts and action movies he wanted to become just like what he saw on screen. Before long, it was more than just throwing kicks and punches but to a way of life for him. At 16, Grand Master Simon Kim believed him ready to become an instructor and taught him alongside Master Jaevon to find the teacher inside of himself. After a year and a half and many classes successfully taught, Master Alden knows that it was more than just being taught how to be a good master, but being inspired by all the great masters Tiger Twins has to offer.

Master Alden also owes his success to his amazing students, who he doesn't only teach, but learns from every day. He wakes up every day and gets excited to go to work, because he loves his students and because without them, he isn't Master Alden, just a man with a black belt.

"Success lies within the totality of experience. When one limits themselves to one way of thinking, failure is imminent. I do not just teach, but learn. I do not just learn, I am inspired. My students are my way of life, and I cannot be me without them." 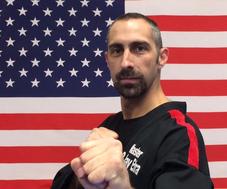 5th Dan Master P Jay began training in Tae Kwon Do at Tiger Twins over ten years ago after watching his son Alden train and speaking with Grand Master Simon Kim.  Initially, it was just a way to get some exercise at his doctor’s suggestion, but quickly became a way of life for him.

Two years later he received his 1st Dan black belt along with his son, which was a very special moment for them both.  He continued on training with Grand Masters Simon and James Kim as well as several other masters.  He also had the privilege of training with now Master Jaevon Valentine.  Even his wife Jodi and younger son Eldric joined Tiger Twins, training alongside Master P Jay and Alden in the family classes.
After taking Grand Master Simon’s Leadership classes, he began instructing in the school, which has been one of the most rewarding experiences in his life.  In 2018, Master P Jay tested for his 5th Dan Black Belt alongside Master Bob Sacks, whom he trained tirelessly with for the six months prior.  Master P Jay couldn’t ask for better Masters to work with.

“When I first joined Tiger Twins, I remember watching the Masters and thinking that there was no way my body could do such amazing things.  The best part of becoming a Master is having the ability to show other students that there is nothing you can’t achieve if you have the determination.” 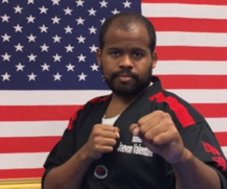 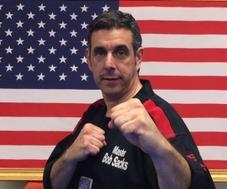 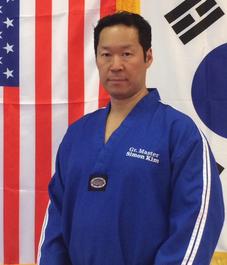 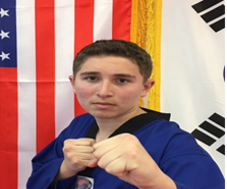 Before 4th Dan Master Jaevon Valentine starting his amazing journey with tiger twins taekwondo, Master Jaevon started taekwondo at the age of four training under master Kang Seok Lee in North Carolina. After moving to New Jersey in 2001 and meeting Grandmaster Simon and James Kim, Jaevon began training again and pursued his dream of becoming a master. Now as a master, He teaches numerous classes from tiny tigers to family classes and with his vibrant enthusiasm, determination and hard-working values he aims to have an awesome class.

“After watching Bruce Lee films, I knew that I wanted to become a martial artist. Once I began my training with Grandmaster Simon and James Kim I knew that through their guidance I would one day get to my goal of becoming a master and one day even become a grandmaster.”

Master Jaevon is pursuing a career in law enforcement, specifically as a State Trooper and hopefully through the martial arts he can excel in his career path.

Currently they hold a level of 8th degree black belt in Tae Kwon Do. They have performed with action superstars such as Jackie Chan, Steven Segal, Chuck Norris, Wesley Snipes, and Chow Yun Fat. They are #1 National and international champions. Raised money for many non profit organizations and helped to raise thousands of dollars for schools and charities.

6th Dan Master Bob began his Tae Kwon Do journey in 1988, when he walked into Tiger Kim’s Martial Arts Academy in Astoria, Queens.

Trained by Grandmaster Tiger Kim, and his sons, the Tiger Twins (Simon and James) he earned his first and eventually his second Dan Black Belt there.

After the Astoria location closed, he trained with Grandmaster KS Won, in New City, NY, where he earned his third Dan. He reached fourth Dan Master level at Panthers Martial Arts in Suffern.

Master Bob has come full circle to train with the Tiger Twins again, and has since received his sixth Dan Certification.

“I feel like I have arrived back home to my family after a long journey away.

Tiger Twins has the best Masters, students, and staff, and there is no place I would rather teach and train. I would like to thank Grandmaster Simon for his wisdom and guidance, and my training partners and TKD brothers, Master PJay and Master Jaevon.”

Master Bob lives in Rockland County with his wife Marcy and sons Brian and Dean.